What is Microsoft Office:

Microsoft Office was designed to help people carry out tasks on their computers, people using Office can create and edit documents which contain data.

Is Microsoft Office an operating system?

Microsoft Office is not an operating system, Microsoft office is a software programme

What is the most common Microsoft Office programme?

The most common programme within Microsoft office is the Word Processor

Is this a onetime payment?

Yes, there are no hidden charges

Is this a monthly Subscription?

No, this is a life time subscription

Do you install office for cheaper if I buy a laptop?

Why come to us

Why should you come to Storm for Microsoft Office?

We can install your Microsoft office in store or if your unable to make it to us we can install it remotely. We are up to 30% than Curry’s and other retailers.

This Desktop PC was recently checked into us with fault described as “Being Noisy”.

Straight away, we got the computer case open to reveal what can only be described as shocking. The customer stated that they do not smoke directly near the computer but do smoke in the house. Also She advised us that the computer is stored on the floor under a desk.

Once we cleaned out the immediate dust from the bottom of the case we started stripping to assess if any damage had been caused. We found that the CPU fan had been blocked up so bad that it was beginning to fail.

The rest of the components were cleaned and a new fan was fitted with the machine now running at a nice operating temperature as if it was brand new.

A follow up with the customer reported that the computer was now running a lot faster and that the loud noise was completely gone.

Here at STORM we always advise our customers to keep their computers in a well ventilated area and up off the floor. Afterall, they are called Desktop Computers for a reason.

Have a look at some of our before and after shots to see just how bad this example was.

Looking for a gaming computer for Christmas? We are now taking orders and deposits to allow us time to build your bespoke gaming desktop.

We know how overwhelming it can be when trying to decide which gaming computer or specification would suit the best. Which is why have a dedicated gaming team who are ready to help you make decisions without pressuring you into an upsell or to exceed your budget.

Gary STORM News Permalink
Here’s a Video Showing everything you will need to know about the up coming Windows 11.
It is expected to be available for free at the end of 2021 for systems already running on Windows. 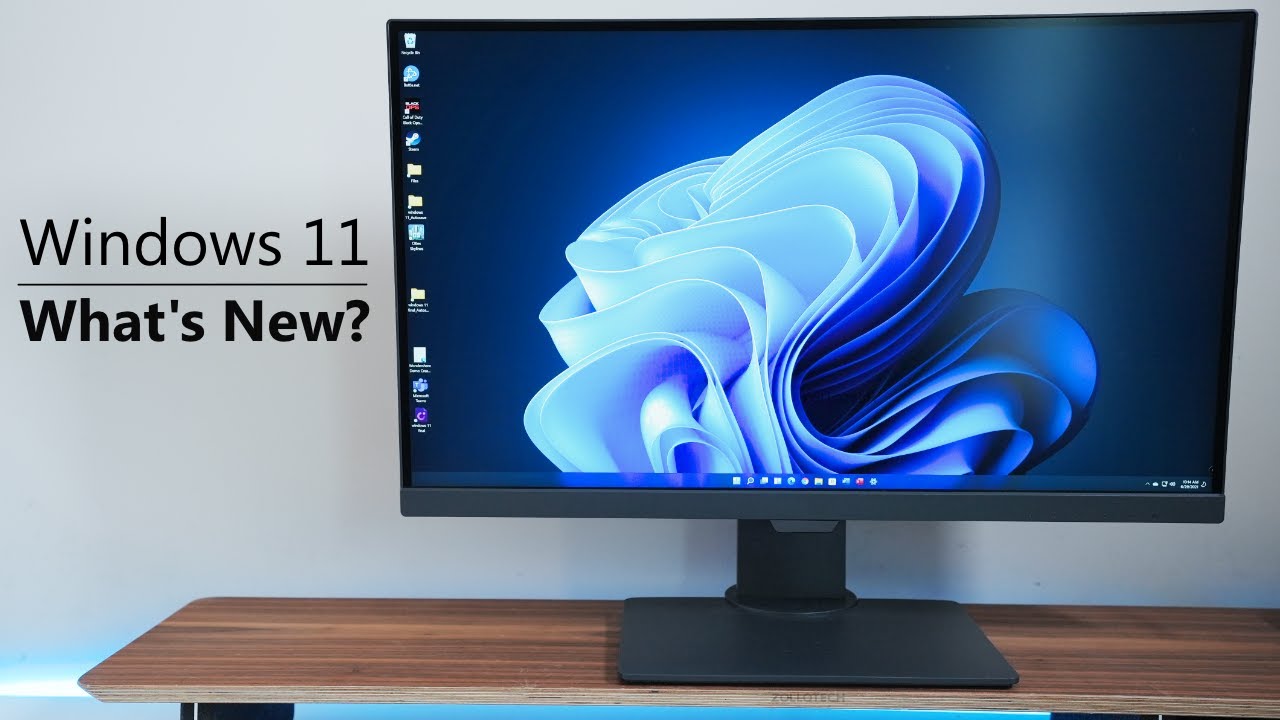 Remote working has become a hot topic for 2020/2021. A docking station for your Laptop maybe the solution you need to setup your office at home.

Typical office setups often include multiple monitors, printers, microphones and cameras. Using a Laptop hub you can expand your connectivity and customise your own setup to fit your needs. Laptops are great for the mobile worker, however they can be restricted in terms of connectivity. You may need additional ports for all your devices, and the smaller screen size may be affecting your productivity.

Here at Storm we are always ready to offer our expertise, and perhaps a helping hand where we can. The Wavlink unit can be purchased from our shop page, where we also have a selection of Monitors and Keyboard/Mouse Bundles.

If you require further support feel free to contact us for more information. 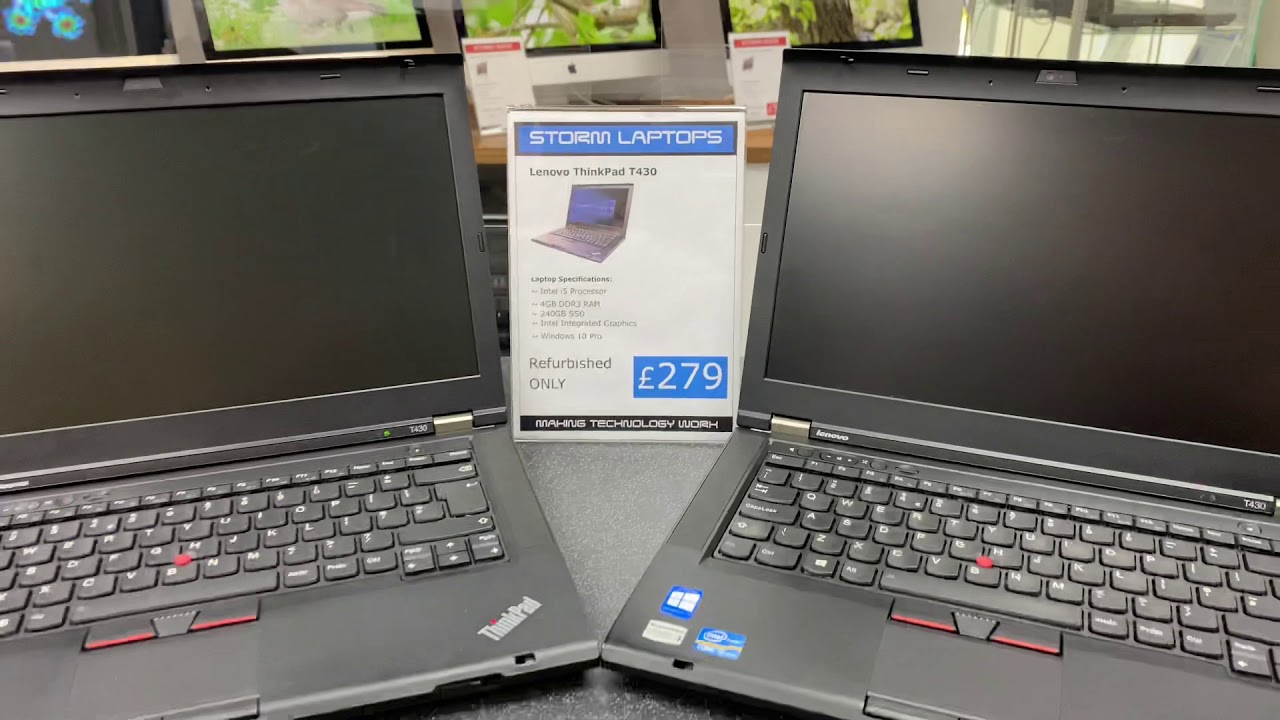 As the end of the UK lock down approaches and office staff across the country are preparing to go back to the workplace amidst the uncertainty of safety & separation from colleagues. We want to remind our customers, old and new, that we are on hand to provide social distancing standards within the office.

If you own a MacBook the chances are you paid a small fortune for your machine. This is why we always advise to be careful who you select for your servicing, upgrades and repairs.

The hard drives on MacBooks are usually the only thing that wears down over time. Chances are if you have a 5-year-old MacBook, and the hard drive has never been changed, that’s the cause of it running slow, freezing, not booting and many more issues.

Replacement 1TB hard drives on a MacBook start at £99.

RAM upgrades on MacBooks can help with demanding software such as Photoshop and Final Cut Pro, for a cost effective price. A typical upgrade costs for Mac RAM is around £79 and can drastically help performance

SSDs for Macs can make an already fantastic machine, even faster.

Screens for MacBooks are expensive which is why we go the extra mile to not only replace the screen of your MacBook, but give it an entire new lid – effectively giving you a brand new top half of the machine.

Prices generally start at around £239, but it depends on the age of the MacBook you have.

We also offer a cheaper glass replacement service. This involves replacing the front glass of the MacBook if that is the only part damaged.

These usually cost £239 at most, meaning it will almost certainly be cheaper than a full lid replacement.

MacBook charging ports very rarely break, so it is essential that you bring your machine in for diagnostics before we can assume. But when they do fail, it’s not usually as big a deal as you might think. Our typical price for replacing a MacBook charging port is around £99.

Remember how zippy your Mac was when you first got it? How it booted up in a snap, and switched fast between apps? At Storm, we live for breathing new life into broken devices—but what if your Mac is just wheezing and slow?
Afterall you’ve been through together, you don’t want to just throw it away. Should you sell it? Leave it unplugged in a drawer for a few more years (until you feel less guilty about throwing it away)?

Has the spinning beach ball of death become a familiar sight on your Mac?

Answer: none of the above. Upgrading your Mac is an amazingly effective option, and it’s both cheaper and easier than you might expect. With a brand-new SSD and high-capacity RAM, your aging Mac will be running better than new—in no time flat.

TO SSD, OR NOT TO SSD

First things first: an SSD upgrade is, hands down, the best way to speed up your computer.

There’s lots of information on the benefits of SSDs versus HDDs, but here’s the short version: Unlike an old-fashioned hard disk drive (HDD), which stores the computer’s info on a spinning metal platter, a solid-state drive (SSD) stores the information in silicon chips. Because there are no moving parts in an SSD, they can read and write information up to 10 times faster than a traditional HDD. This means that boot times, application launch times, and data retrieval get much, much faster when you use an SSD as the primary storage for your computer.

Moreover, SSDs are more resistant to shock, vibration, and movement—making them particularly suited to laptops and other devices that are subject to sudden knocks and bumps.

MAX OUT YOUR MEMORY

If you find yourself staring at OS X’s spinning beach ball more often than you’d like, then RAM is the answer. RAM is your Mac’s short-term memory—meaning every time the system opens a program or process, it loads it into RAM.

If the system needs to juggle more applications than the RAM can hold, it must offload some of them to a temporary storage area on the hard drive (called the swap file). This eats resources, slowing everything down to a crawl. It’s a bit like if you were cooking a complicated new recipe when suddenly you run out of countertop space and all your cutting boards are full—you’d have to drop everything while you move stuff around and feverishly try to clear enough space to work. Meanwhile, your crock pot is boiling over and the smoke alarm is going off.

I don’t really understand how cooking works, but if only you’d had more RAM, this probably wouldn’t have happened. Imagine how many tabs you could have open at once with all that RAM! Not too long ago, many Macs shipped with 2 (or fewer) GB of RAM—an amount that would quickly fill up with today’s resource-hungry software. But as our favorite software companies continue to add new features and make our digital lives cooler and fancier, our old RAM-limited hardware increasingly struggles to keep up. Fortunately, in most cases, this is an easy fix.

One important caveat about RAM upgrades is that the amount of RAM your Mac can utilize is limited by the rest of the hardware in the computer. Not all computers can handle 16 GB of RAM and figuring out which computers can handle which RAM configuration can be tricky sometimes.

Book in your computer for repair at a time that suits you. If you prefer, we can even collect from your home in the evening.

Request a Home Call Out

Pop in to our Showroom & Workshop anytime to discuss your needs with one of our technicians.